I was always a happy person. Depression was not something I thought about or understood. At least not until I started my journey to become a doctor. Looking back it seems like it was the perfect storm. Arriving at medical school, I was fresh faced and hyperconfident after four years of college where I was the big fish in a small pond. The first semester was a slap in the face. Surrounding me were people just as smart as me. In fact, many were smarter. They were better prepared. They were learning the material quicker and working the system more efficiently. They were ruthless. They were swimming and I was quickly sinking.

The narcissistic blow of working my absolute hardest and still not excelling was bad enough. There was more though, much more. In fact, looking back it seems like the perfect storm was brewing. This was my first time living far away from my family and my boyfriend. There was no support system readily available at the very moment I was being tested to my breaking point. My beloved grandmother was also dying from cancer. As I was trying to learn how to be a doctor to help people and cure illness, she was losing her battle to cancer. Every class was a reminder. Pathology…cancer. Human behavior…death and dying. Worst of the worst, gross anatomy.

Entering medical school as a sweet, naïve microbiology major having never taken an anatomy class was not the best idea. This class was hard, amazingly hard. It was cut throat competitive and the pace was rocket fast. Not only was I behind in the material and falling further behind by the day, I was miserable. I was forced to immerse myself in death right as I was mourning the first big loss of my adult life. I entered a very dark place and stayed there for awhile.

Walking into the gross anatomy lab every day was the hardest thing I have had to do before or since. I was literally touching death, smelling it, staring at it and trying to learn it’s secrets. Every cadaver felt like someone’s lost family member. It felt like my grandmother. While my fellow students seemed to be happy telling jocular jokes and soaking up the learning opportunities, I snuck off to the bathroom to cry. I finally realized I needed help.

Ironically help was not hard to find. It was also not far away. The college had a psychologist literally embedded in the medical school, just around the corner from the gross anatomy lab. Not the most auspicious sign, and clearly I was not the only one struggling. However, even as a tender, PGY-1 (first year student), there was enormous stigma associated with getting help. We slunk into her office and scuttled out a back door. Even when talking with her, I never felt comfortable truly admitting my pain. Ultimately, I was alone in the darkness and it took months to emerge slowly into the light.

I was never diagnosed with depression and never treated. However, I felt the pain, loneliness and grief with the life transition I was facing. My grandmother passed away, I passed gross anatomy, and life continued to pass on by. However, when I emerged on the other side, it was as a changed version of myself. Like a butterfly after a wind storm, my wings were battered and scarred. Although I never personally went through another period of depression, I had the understanding and empathy I needed to help others.

This is a question I ask patients many times a day. It has become second nature to me over time. That is because I am a psychiatrist. I have been trained how to access how they are feeling and help them change it. I watch their faces closely as I ask these questions. “How is your mood? How have you been doing? How do you feel”?

However it is a question that many of us have a hard time answering. We are often not very consciously aware of our emotions. Sometimes just the act of hearing the question will bring a tear to the eye, a vacant look will pass over their face like a veil, they will nervously fidget with their hands or look away. Despite this being a simple question, almost a cultural cliché, in this context the rote response to a “how are you” will not do. Fine is not an acceptable answer. “Tell me more” I gently probe. They are forced to dig deeper, to self reflect and look inside themselves. How are they? How are they really? Rarely do I hear the response of happy or even content. Sad, unhappy, anxious, confused, distracted, the always popular stressed, are much more common responses.

Chances are most patients coming to see a psychiatrist are not happy, at least not at the beginning of the journey. However, looking out further to friends, family, co-workers, even sometimes myself, the answers are the same. We live in a culture that does not seem to promote feelings of happiness or contentment. It certainly is easy to be distracted and lose touch to that connection to your inner self. Losing meaningful connections with others also happens to many. The reasons are complex,  but they do not seem unique to the U.S. alone. It seems the entire world is struggling to find happiness.

In this blog we will explore more about the science and medicine behind happiness, mental wellness and inner peace and contentment. It may cause you moments of introspection, it may teach you new skills to regulate your mood and it may even bring a smile to your face. Join the Happiness M.D. on this journey.

Thanks for joining me!

Hot off the press 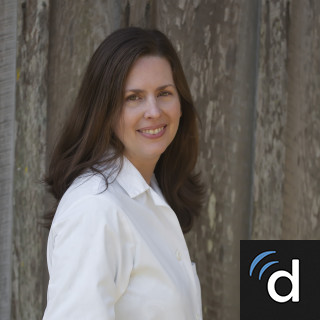 I am a triple board certified psychiatrist and addiction medicine physician. Although I treat a wide range of conditions, I have a special interest in helping people with mood disorders, specifically treatment resistant depression. Beyond using medications, neuromodulation and cognitive behavioral therapy, I focus on understanding how to help individuals regulate their moods. The goal being feelings of happiness and contentment while achieving their highest level of functioning. I like to think of myself as the happiness doctor and I welcome you in this journey as we learn more about happiness and how to achieve it.